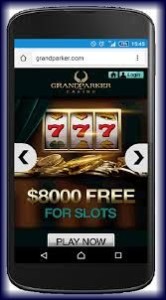 The first gambling applications that the Australian government plans to ban are digital casino games that have not received appropriate classification from the most popular mobile companies and platforms. Some of these platforms include Apple, Google Play, and Android. Beginning on July 1, 2015, these unclassified games and applications will be censored by the Australian government.

Besides banning unclassified mobile casino applications, the Australian government also collaborated with the International Age Rating Coalition to rate many of the most popular mobile gambling games that are currently being sold through Apple, Google Play, and other platforms. The IARC forces game developers to provide detailed information on the content of their application or game. After receiving this information from software companies, the International Age Rating Coalition rates mobile games and phone-based applications.

The Australian Government’s Goals for Censorship